Joanne became interested in the paranormal after her family moved into a house that they shared with a poltergeist in New Hope, Pennsylvania when she was ten.  She has been a student of the field ever since, and believes that as much as we think we know, there is even more that we have not yet begun to comprehend.

Joanne started PCINJ in 2011, after working as a Case Manager and leading investigations for another team. As a result of that experience she wanted to create a team that not only investigated hauntings, but was also trained to help clients deal with and resolve the many types of paranormal issues that are sometimes encountered. 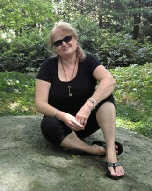 Jocelynn has always had a fascination with the paranormal. She grew up with a mother who was open to the spirit world and fell in love with the experiences she had and continues to have. She works as a dental hygienist and lives in north Jersey with her husband and two kids. A couple of years ago she decided she was ready to pursue her passion of paranormal investigations. She has a love of history and the stories that come with it. She's a very compassionate person who has the ability to feel any strong emotions in a room. She loves helping the living people understand that they always hold the power of their own lives and emotions. We're all on a journey... the living and the dead. 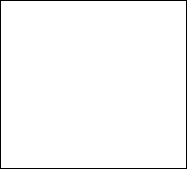 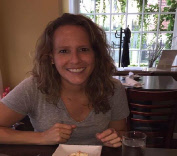 Kristi is a self taught Psychic Medium and Empath who has always had a deep interest in the paranormal and Spirit. She began connecting with Spirit as a young child and has spent years researching and learning about the Paranormal.

Kristi works full time in Government and lives in South Jersey with her husband and two kids. She spends her spare time growing her psychic abilities through research, connections, readings and investigations. She has a passion for helping people understand the paranormal and connect with Spirit. Kristi is an avid investigator and enjoys documenting paranormal activity that validates not only what people are experiencing but what she will pick up through psychic connections. Her main goals are to assist people in gaining control back over their lives and to assist Spirit that may be reaching out for help.

in her Haunted History Jaunts blog >>>

Kelly has had an interest in the paranormal since childhood. She has a fascination with any and all things that many find unexplainable. Reading, exploring, and attempting to find explanations for the various problems people have with the spirit world is very satisfying for her. Her desire to understand the realm of the paranormal has led her to join the PCINJ team to learn more and be able to help people experiencing the unexplained.

On May 12th, 2021,  PCINJ lost our dearest  Rick.  After an amazing eight years with our team, Rick was very much a part of our family, and will always be.  He was always there when needed to help a client, or to just spend a fun night  hanging out in a dusty old haunted location with us.  Hotel California, Baby!

As a little girl, Loren was teased by her family for being so fearful of "scary things" especially the dark, which, in retrospect, is ironic... It wasn't until her pre-teen years that Loren would experience something that would change everything; she had her first encounter with a spirit. From that point on, she researched and read every Paranormal book she could get her hands on that would possibly answer her questions.

In the late 80s, Ed and Lorraine Warren lectured at her college. It was then Loren heard her first recorded EVP. She realized that this was to be her journey.  In 2009 she was invited to join New Jersey Paranormal Research and was 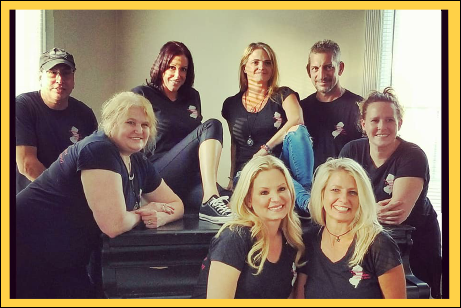 Dayna has been intrigued with all things paranormal after having her first experience at a very young age. In addition, having had a grandmother who fled her Verona, NJ, home in the 1930's, due to a demonic haunting, was enough to start her on a quest to learn more.  She began reading books on various paranormal subjects throughout the years.  However, after having many more personal paranormal experiences during her lifetime she thought it was time to take the next step in her research and become a paranormal investigator.  Dayna is proud to be part of such a dedicated and passionate group of paranormal researchers.  When not investigating with her PCINJ team, Dayna works as the president and founder of her nonprofit foundation, Dayna's Pink Wishes (www.daynaspinkwishes.org). 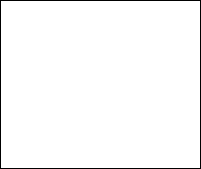 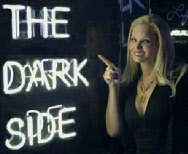 James grew up in northern New Jersey and has been interested in the paranormal since he was young. Having seen spirits throughout his whole life, the paranormal always intrigued him. James does not consider himself physic, but rather very “sensitive”. James took his first paranormal course in college and realized there was little scientific information on the subject, which piqued his interest even more.  He always knew there was something else besides

our own physical existence, a whole other realm of reality.

James is a professional photographer, so his understanding of light, shadow, and photographic manipulation, allows him to be able to validate or debunk evidence that is caught on film. Having over twenty years of experience and working with other researchers throughout the east coast, he is here to help.  As James puts it, “The truth is out there.”

officially trained as a Paranormal Investigator. In 2013 she was asked to co-host a paranormal radio show called Unknown Origins. For the next 3 years, she would interview some of the most interesting individuals in the Paranormal community. Haunting survivors, Psychic Mediums, UFO abductees, Conspiracy theorists, Bigfoot hunters, Animal communicators, Exorcists...the list goes on.

In 2018, Loren was asked to join Paranormal Consulting & Investigations of NJ. "I feel incredibly blessed to be part of an amazing team who I consider to be an extension of my own family. ~I will never give up my search for the ghosts in the halls." 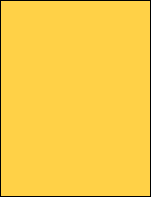 When Kathy's Dad died in 1986 she had occurrences for years that sparked her interest and she has been searching for knowledge and answers since. She is trying to gain as much experience and understanding in the paranormal that she can in order to try and help others who don't know where to turn.

Kathy is extremely happy that she has joined Paranormal Consultants & Investigations of New Jersey.  They are the epitome of paranormal investigators and are becoming a leading authority in the field.  Each member brings something important to the table which not only helps Kathy in her quest but also for its many confidential clients to receive the help that is needed. 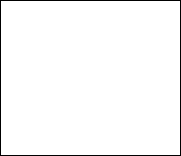 On June 1st, 2017, PCINJ sadly lost it’s mama bear.  Kathy will be in our hearts and in our family forever.  We were as proud to have her on our team as she was to be part of it, and that’s a lot of proud!  As Kathy always promised, we fully expect her occasional visits, as many of us have already received.  Miss you, Kathy!!!

Investigative Support from the Other Side

Rick has been interested in the paranormal ever since he was a little kid. He had an experience as a kid of hearing a voice from a place where nobody stood. This both scared and has intrigued him ever since. Rick joined PCINJ after PCINJ conducted an investigation of his current home where EVP picked up disturbing voices. His fascination of what was found brought out the retired law enforcement side of him by digging in and finding out what is really going on "out there."  Rick is also is a huge horror movie fan.

As early as 5 years of age, Amy knew she was different from others. She grew up in Brooklyn, NY, in a Victorian home and considered the spirits there just part of the family. Her mother often saw her talking to a little boy, but they assumed it was an imaginary friend. As a teenager, she was dubbed the Little Witch by her friends, but it wasn’t until later in life that she decided to work on her gifts and allow herself to let go and really delve into the paranormal with a desire to help others.

Amy is a Psychic, Medium and Empath. She is a member of the Omega Institute in Rhinebeck, NY where she continues to attend workshops and take courses to broaden her knowledge. Amy is a certified Reiki Master and certified in Integrated Energy Therapy.

Along with her new found passion of paranormal investigating, she continues to offer energy healing at a local hospice and at the Milford Wellness Center in Milford, NJ. During the day, Amy works for an investment firm. She lives in Central, NJ with her husband and their rescued senior dog Milo.

Resolution Specialist for a healthcare company for 10 years. Currently, she is teaching and works with severely behaviorally disabled children, and is also a full time mom to her two young children. In her free time she likes to shop, travel when possible and spend time with her family.

Kim has always been interested in the paranormal as far back as she can remember. She has always been fascinated with spirits, witches, vampires and unexplainable phenomenon. As a child she had experiences with spirits that no one else could see or hear. This continued throughout her adult life, and her multiple personal experiences have intrigued her to search further. She is extremely passionate about this field, loves to investigate in an attempt to communicate with the other side, and is constantly searching for new ways to “speak” with the dead. Kim has also always had a strong empathic ability, which enables her to connect intensely to the living and the dead. Her ultimate goal is to help and educate people.

Kim was formerly a teacher of preschool, kindergarten and special ed for many years. She also worked as a Senior

Pat became interested in the paranormal after having a personal experience in a Phoenix hotel in February of 2008. After investigating with some paranormal teams from a television series, she decided to begin her own individual journey to find the truth about various paranormal subjects.

Pat helped found our team back in 2011 and was an integral part of the team until she moved to Sanctuary, a team that handles the darker cases, in 2018.  She’s now a Director for Sanctuary and a great partner for us still! 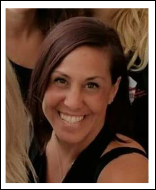 Sabrina was born in Philadelphia, and has been curious of the spirit world from a young age due to several personal experiences. She perused her interest by joining South Jersey Ghost Research in 2011. Since her tenure with the group she discovered her abilities as an Empath and Intuitive, and over the years she has completed numerous workshops to enhance her skills toward mediumship.

Sabrina has been mentored in handling negative, and extreme hauntings, and held the role of Director for both South Jersey Ghost Research and Sanctuary Paranormal. Her focus was to not only help people with their haunting and provide spiritual advice, but also to raise money to restore historical sites through events and public investigations.  Sabrina has also been Certified as a Reiki Master, Integrated Energy Therapy, and is Ordained from ULC (Universal Life Church).